In times of stress, I try to return to simple happiness. Simple beauty. Simple pastimes. Simple chores. Simple food. It never seems to fail me, and it is calming and nourishing in the most delightful way.

As August ripens toward Labor Day, there is an embarrassment of riches at the local farm stands. So much beauty and inspiration it’s ridiculous. Truly, who can be blue when you are presented with crates and crates of sweet summer corn, orangey red tomatoes, brilliant purple peppers, and ripe, sugary melons in a bazillion varietals and tones? 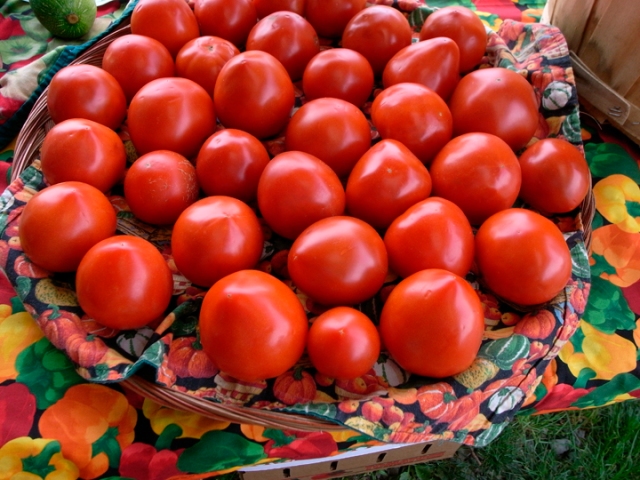 That’s right, tones. No melon sounds the same. Have you noticed? There’s nothing more satisfying than hearing that rich, rounded thunk, thunk, thunk or tonk, tonk, tonk when you tap the outer skin of a watermelon, honeydew, or exotic heirloom melon like the Cavaillon, which boasts a bright orange flesh and is traditionally found in the south of France. I once paid 11 Euros—or the equivalent of $16 American for a Cavaillon in a marche in Antibes. More because of my sad inability to speak French than because of an undying need. But that’s another story. If you pay very close attention to the quality of the sound, I promise, you’ll know instinctively weather your melon of choice is ready to devour. 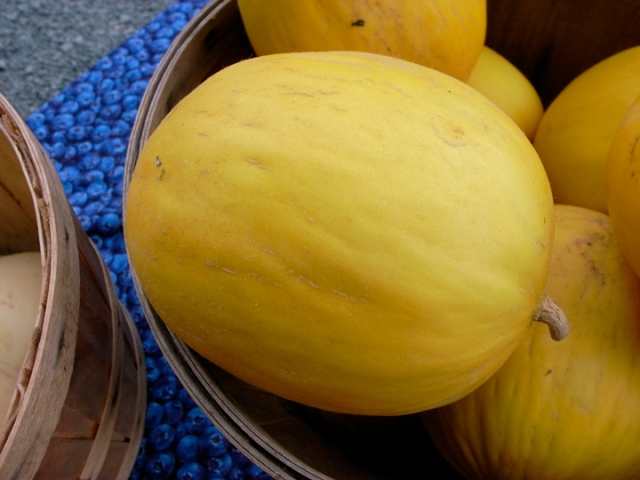 I have a dear friend who, back in college, was always a kind of second-hand rose. She built her entire wardrobe from what she affectionately deemed “dead people’s clothes.” She also had a terrific name for her favorite weekend activity, which was, in a sense, a kind of conjugated noun: My friend liked nothing better than to go “yard sailin’.” So, in deference to that most worthy of distractions (one I also love to do, by the way), I give you my newest, favorite August activity: farm standin’. 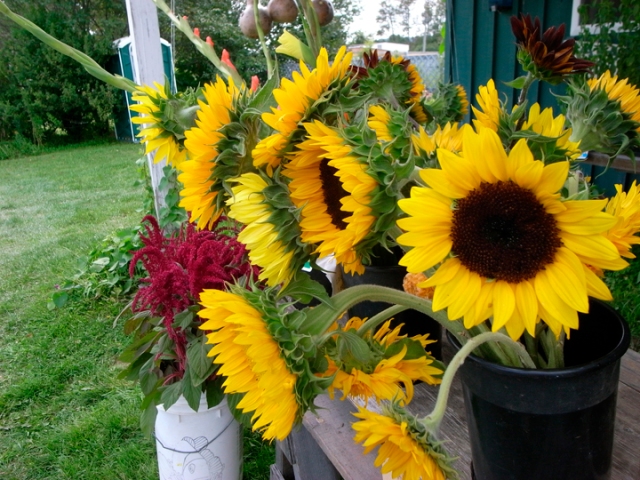 I have several favorite stops, most of which aren’t large enough to have a name, rather they are quick little turnoffs on the Airport Road or State Rt 22. With the motto Always Fresh, Exclusively Local, one of my favorite farm stores is The Berry Patch in Stephentown, New York, and it’s well worth the scenic, seven-mile drive from Smallpeace across the Rensselaer County line.

No, farm standin’ doesn’t burn a lot of calories, or require any special sports equipment or skill. But bringing your own bags and correct small change does help. Most of these stands still use the honor system. Yes, there is a slight risk of injury if you become too absorbed in your shopping and neglect to step in and away from traffic. And if pies are involved, so-long waistline. But otherwise, by in large, farm standin’ is very, very, very good for you. 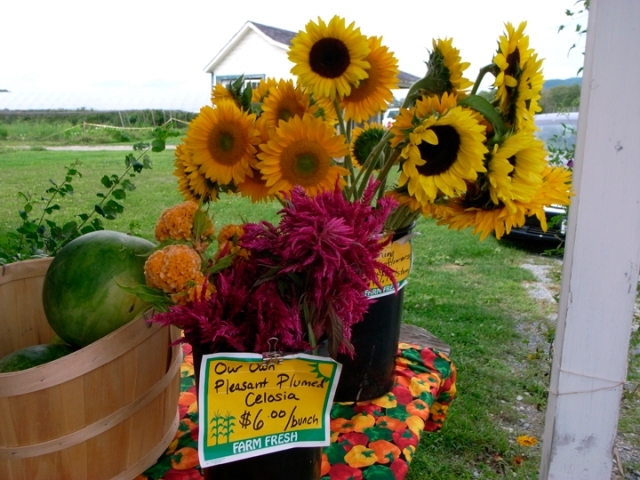 Michele Karas is a poet, essayist, and longstanding professional copywriter, who currently works for a top-five US book publisher. Her poems and prose have appeared in literary journals, including Tinderbox, THRUSH, Alaska Quarterly Review, and Narrative magazine, among others. Michele holds a BA in Journalism from San Diego State University and an MFA in Creative Writing from CUNY, The City College of New York. Find her on Twitter @small_peace.
View all posts by Smallpeace →
This entry was posted in Simple Happiness, Smallpeace and tagged August, farm stands, food, Healthy, local produce, melons, simple happiness, State Rt. 22, Stephentown New York, summer sport, The Berry Patch, weekend. Bookmark the permalink.