While we were enjoying our time abroad, basking in the warmth and hospitality of our extended Irish family, back at Smallpeace it had been raining… 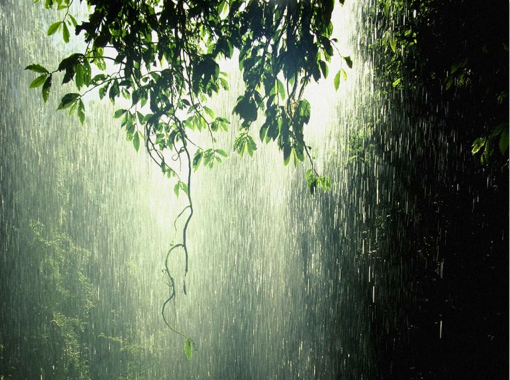 Occasionally, these downpours would be interrupted by a few hours of intense heat and sunshine.

Now, even if you are gardening-challenged like me (sadly I’m no Margaret Roach), you can probably guess what rain plus sunshine equals in June in the fertile Northeast—and what herbaceous, multi-limbed horrors awaited us when we pulled onto our property…. [Cue the scary organ music]

Fighting our way past the savage daylilies and vicious peonies, we got as far as the garden steps before being accosted by an apple tree that reached out to pull my hair.

“Get the machete,” I called to B, who stood staring at me incredulously.

“What machete. We don’t own a machete.”

“Then that axe-choppy thingy,” I insisted.”

“It’s called a mattock,” he corrected, as some ivy began winding itself around my ankles.

“Do you remember where we put it?”

“Don’t worry, babe, I’ll save you,” said my hero as he boldly plunged into the dense forest undergrowth, not to emerge until the end of the weekend. 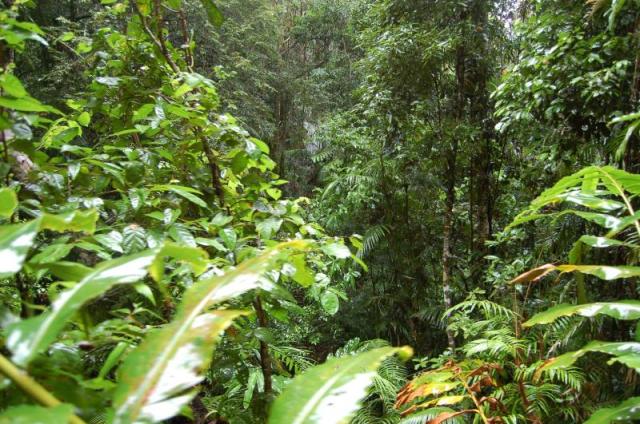 Ahhh, but it’s nice to be home. 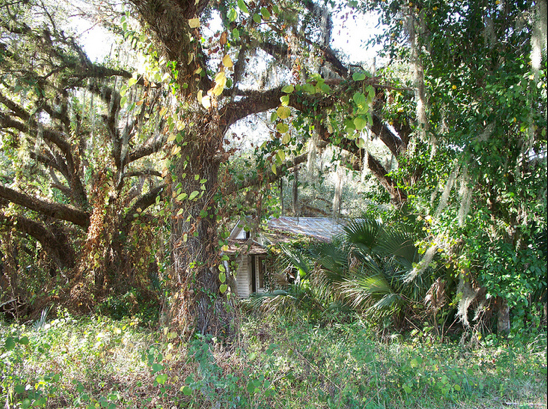 Photo disclaimer: In case you couldn’t tell, these images were not, in fact, taken at Smallpeace, but I couldn’t resist including them for dramatic illustration.

Michele Karas is a poet, essayist, and longstanding professional copywriter, who currently works for a top-five US book publisher. Her poems and prose have appeared in literary journals, including Tinderbox, THRUSH, Alaska Quarterly Review, and Narrative magazine, among others. Michele holds a BA in Journalism from San Diego State University and an MFA in Creative Writing from CUNY, The City College of New York. Find her on Twitter @small_peace.
View all posts by Smallpeace →
This entry was posted in Smallpeace and tagged Gardening, Smallpeace, yard work. Bookmark the permalink.